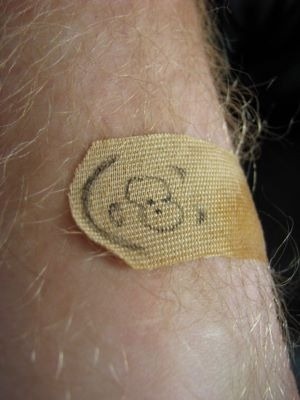 Fed Ripping Off the ﻿Inflation Band-Aid

Inflation rates have been running near 40-year highs, and as a result, the Federal Reserve is doing everything in its power to rip off the Band-Aid of insidious high price levels in a swift manner. The Fed’s goal is to inflict quick, near-term pain on the economy in exchange for long-term price stability and future economic gains. How quickly has the Fed been hiking interest rates? The short answer is the rate of increases has been the fastest in decades (see chart below). Essentially, the Federal Reserve has pushed the targeted benchmark Federal Funds target rate from 0% at the beginning of this year to 3.25% today. Going forward, the goal is to lift rates to 4.4% by year-end, and then to 4.6% by next year (see Fed’s “dot plot” chart). 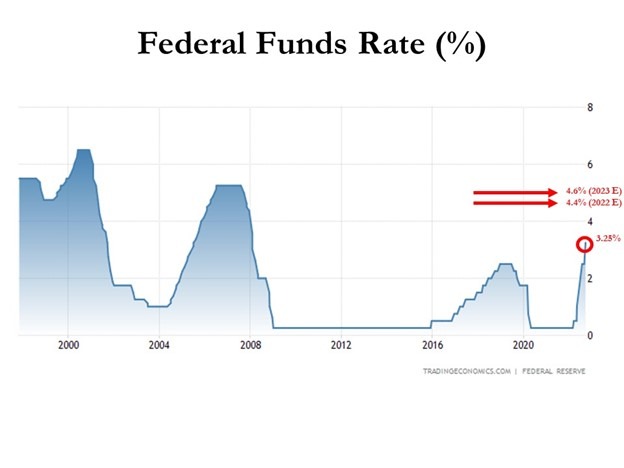 How should one interpret all of this? Well, if the Fed is right about their interest rate forecasts, the Band-Aid is being ripped off very quickly, and 95% of the pain should be felt by December. In other words, there should be a light at the end of the tunnel, soon.

The Good News on Inflation

When it comes to inflation, the good news is that it appears to be peaking (see chart below), and many economists see the declining inflation trend continuing in the coming months. Why do pundits see inflation peaking? For starters, a broad list of commodity prices have declined significantly in recent months, including gasoline, crude oil, steel, copper, and gold, among many others.

Outside of commodities, investors have seen prices drop in other areas of the economy as well, including housing prices, which recently experienced the fastest monthly price drop in 11 years, and rent prices as well (see chart below). 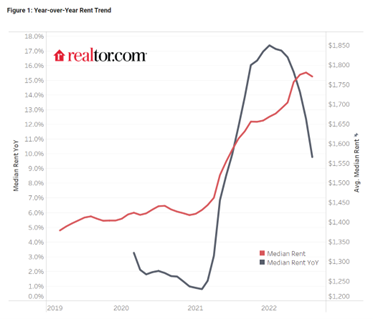 Anybody who was shopping for a car during the pandemic knows what happened to pricing – it exploded higher. But even in this area, we are seeing prices coming down (see chart below), and CarMax Inc. (KMX), the national used car retail chain confirmed the softening price trend last week 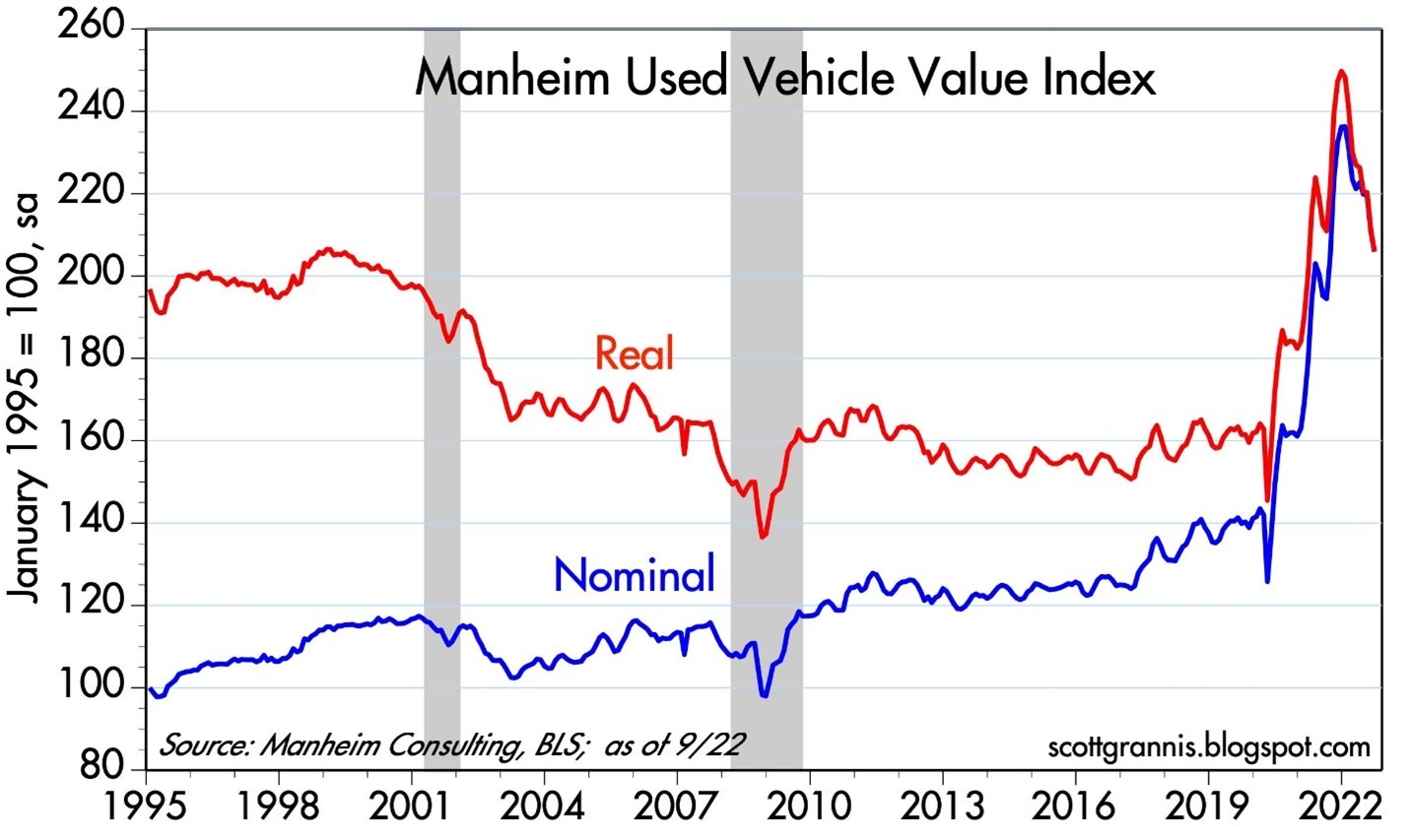 When interest rates increase at the fastest pace in 40 years, pain is felt across almost all asset classes. It’s not just U.S. stocks, which declined -9.3% last month (S&P 500), but it’s also housing -8.5% (XHB), real estate investment trusts -13.8% (VNQ), bonds -4.4% (BND), Bitcoin -3.1%, European stocks -10.1% (VGK), Chinese stocks -14.4% (FXI), and Agriculture -3.0% (DBA). The +17% increase in the value of the U.S. dollar this year against a basket of foreign currencies is substantially pressuring cross-border business for larger multi-national companies too – Microsoft Corp. (MSFT), for example, blamed U.S. dollar strength as the primary reason to cut earnings several months ago. Like Hurricane Ian, large interest rate increases have caused significant damage across a wide swath of areas.
But for those following the communication of Federal Reserve Chairman, Jerome Powell, in recent months, they should not be surprised. Chairman Powell has signaled on numerous occasions, including last month at a key economic conference in Jackson Hole, Wyoming, that the Fed’s war path to curb inflation by increasing interest rates will inflict wide-ranging “pain” on Americans. Some of that pain can be seen in mortgage rates, which have more than doubled in 2022 and last week eclipsed 7.0% (see chart below), the highest level in 20 years. 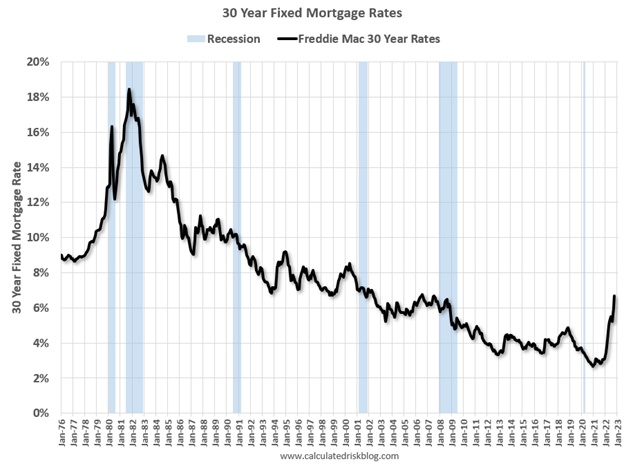 Now is Not the Time to Panic

There is a lot of uncertainty out in the world currently (i.e., inflation, the Fed, Russia-Ukraine, strong dollar, elections, recession fears, etc.), but that is always the case. There is never a period when there is nothing to be concerned about. With the S&P 500 down more than -25% from its peak (and the NASDAQ down approximately -35%), now is not the right time to panic. Knee-jerk emotional decisions during stressful times are very rarely the right response. With these kind of drops, a mild-to-moderate recession is already baked into the cake, even though the economy is expected to grow for the next four quarters and for all of 2023 (see GDP forecasts below). Stated differently, it’s quite possible that even if the economy deteriorates into a recession, stock prices could rebound smartly higher because any potential future bad news has already been anticipated in the current price drops.

Worth noting, as I have pointed out previously, numerous data points are indicating inflation is peaking, if not already coming down. Inflation expectations have already dropped to about 2%, if you consider the spread between the yield on the 5-Year Note (4%) and the yield on the 5-Year TIP-Treasury Inflation Protected Note (2%). If the economy continues to slow down, and inflation has stabilized or declined, the Federal Reserve will likely pivot to decreasing interest rates, which should act like a tailwind for financial markets, unlike the headwind of rising rates this year

Ripping off the Band-Aid can be painful in the short-run, but the long-term gains achieved during the healing process can be much more pleasurable.

DISCLOSURE: Sidoxia Capital Management (SCM) and some of its clients hold positions in MSFT, BND and certain exchange traded funds (ETFs), but at the time of publishing had no direct position in KMX, XHB, VNQ, VGK, FXI, DBA or any other security referenced in this article. No information accessed through the Investing Caffeine (IC) website constitutes investment, financial, legal, tax or other advice nor is to be relied on in making an investment or other decision. Please read disclosure language on IC Contact page.