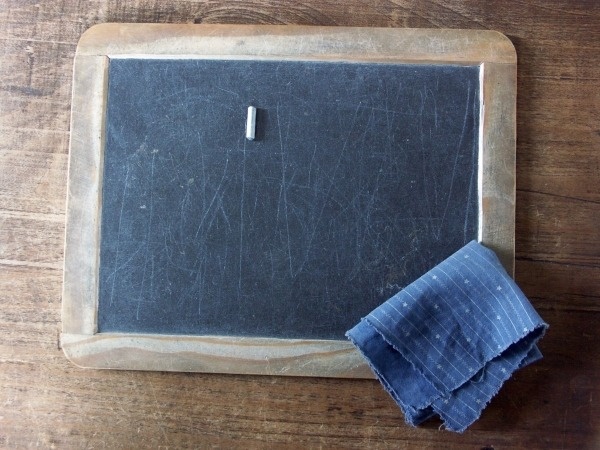 Stock and bond market returns in 2022 were disappointing, but we now get to start 2023 with a clean slate. Before we turned the page on another annual chapter, Santa Claus chose to finish last year by placing a lump of coal in investor stockings, as evidenced by the S&P 500 index decline of -5.9% during December.

There is some good news and bad news as it relates to this year’s underwhelming stock market results (-19.4%). The bad news is last year turned out to be the 4th worst year in the stock market since World War II (1945) and also marked the worst year since 2008. Here’s a summary of the S&P 500’s worst years over the last eight decades:

The good news is that the stock market is up 81% of the time in subsequent years following down years. The average increase in bounce-back years is +14%. In another study of down years, the analysis showed that after the stock market has fallen -20% or more, stock prices were higher on average by +15% one year later, +26% two years later, and +29% three years later. Nothing is guaranteed in life, but as Mark Twain famously stated, “History does not repeat itself, but it often rhymes.”

2022: The Year of No Shock Absorbers (Worst Bond Market Ever)

The stock market receives most of the media glory and reporting, however the bond market is the Rodney Dangerfield of asset classes, it “gets no respect.” Typically, during weak stock markets (i.e., “bear markets”), the bond or fixed income investments in a diversified portfolio act as shock absorbers to cushion the blow of volatile stock prices. More specifically, in a typical bear market, the economy generally slows down causing demand to decelerate, and interest rates to decline, which causes the values of bonds to increase. Therefore, as stock prices decline, the gains from bonds in your portfolio usually help offset stock losses. Unfortunately, this scenario didn’t happen in 2022, but rather investors experienced a double negative whammy. Not only did stocks experience one of its worst years in decades, the bond market also suffered what many pundits are describing as the “Worst Bond Market Ever” – see chart below.

Why in particular did bonds perform so poorly this year, when they commonly outperform in slow or recessionary economic conditions? For starters, interest rates spent most of 2022 increasing at the fastest pace in more than four decades (see chart below). An unanticipated rise in inflation was the main culprit, which was caused by spiking energy prices from Russia’s invasion of Ukraine; COVID-related supply chain disruptions; unprecedented fiscal stimulus (trillions of dollars in infrastructure spending and incentives); record monetary stimulus (QE – Quantitative Easing); and extended years of ZIRP (Zero Interest Rate Policy). For these reasons, and others, bonds collapsed in sympathy with deteriorating stock prices.

Last year was challenging, however, not all is lost. The Federal Reserve, inflation, interest rates, Ukraine, and cryptocurrency volatility (e.g., Bitcoin down -64% in 2022) dominated headlines this year, but many of these headwinds could abate or reverse in 2023. For example, there are numerous indicators pointing to peaking and/or declining inflation, which, if true, could create a tailwind for investors this year. Bolstering this argument are the current weakening trends we are witnessing in the housing market, which should ripple through the economy to cool inflation (see chart below﻿).

And if it’s not declining home prices, lower energy prices have also filtered through the global economy to lower transportation and shipping costs (e.g., freight rates from China to West Coast are down -90%). What’s more, a stronger dollar has contributed to declining commodity prices as well.

Although inflation still has a long way to go before reaching the Federal Reserve’s 2% target rate, broad inflation measures, such as the GDP Deflator, are showing a significant decrease in inflation (see chart below). By analyzing the various disinflationary tea leave markers, we can gain some confidence regarding future interest rates. Observing the fastest rate hike cycle by the Fed in decades informs us that we are likely closer to an end of rate hikes (i.e., pause or cut), rather than the beginning. If correct, tamer inflation means 2023 could prove to be a better environment for both stock and bond investors.

In summary, last year was painful across the board, but investors are starting this year with a clean slate and signs are pointing to a potential reversal in inflation and interest rate headwinds. With the change of the calendar, a messy 2022 could turn into a spick-and-span 2023.

DISCLOSURE: Sidoxia Capital Management (SCM) and some of its clients hold positions in certain exchange traded funds (ETFs), but at the time of publishing had no direct position in any other security referenced in this article. No information accessed through the Investing Caffeine (IC) website constitutes investment, financial, legal, tax or other advice nor is to be relied on in making an investment or other decision. Please read disclosure language on IC Contact page.