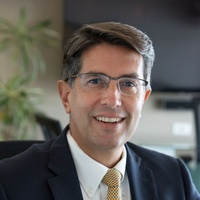 Wade Slome, CFA, CFP® is the president of Sidoxia Capital Management, LLC, which he founded in Newport Beach, California during 2007. Wade has worked in the investment industry since 1993, and while managing the multi-billion flagship fund at American Century Investments, Bloomberg identified him as the second youngest manager among the largest 25 actively-managed U.S. mutual funds in 2005. Wade has been a media go-to resource as seen on CNBC and ABC News. He has also been quoted in The Wall Street Journal, USA Today, New York Times, Dow Jones, Investor's Business Daily, Bloomberg, Smart Money, among other media publications. Online, he is lead editor of the widely followed investment blog, InvestingCaffeine.com and has been a contributing writer to Morningstar, Seeking Alpha, GuruFocus, and other financial websites. Besides his work at Sidoxia, Wade has taught investment and financial planning courses at the University of California, Irvine extension department.

Prior to founding Sidoxia Capital Management, Wade served as Portfolio Manager on American Century Investments’ largest mutual fund, Ultra, from October 2002 through August 2007. As the senior Portfolio Manager on Ultra in 2007, Wade was responsible for day-to-day trading and marketing duties. Ultra at times exceeded $20 billion in assets and was among the nation’s top 10 Large Cap Growth funds according to the assets under management during his tenure. Wade also served as Portfolio Manager on the Select fund (Large Cap Growth) for a brief period after acting as Investment Analyst on Ultra, where he covered a broad set of industries from mid-1998 through mid-2002.

Before joining American Century Investments in 1998, Wade worked as a Research Analyst at William O'Neil & Company, Inc. from 1993 through 1996.

Wade earned a master’s degree in business administration with a concentration in finance from Cornell University (1998) and a bachelor’s degree in economics from the University of California, Los Angeles (1993).